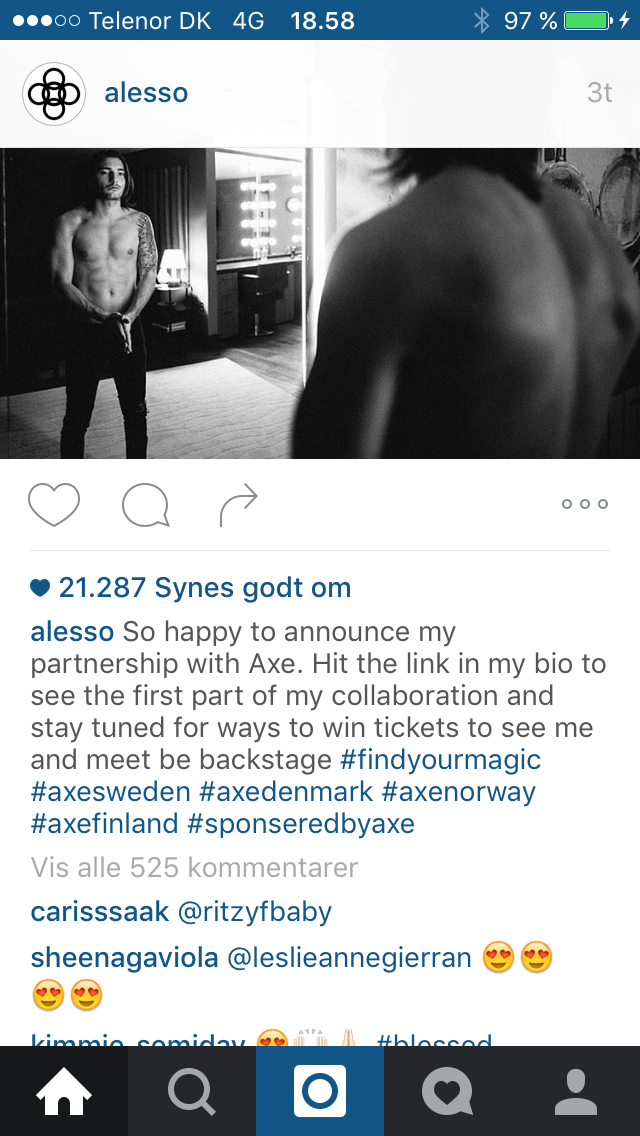 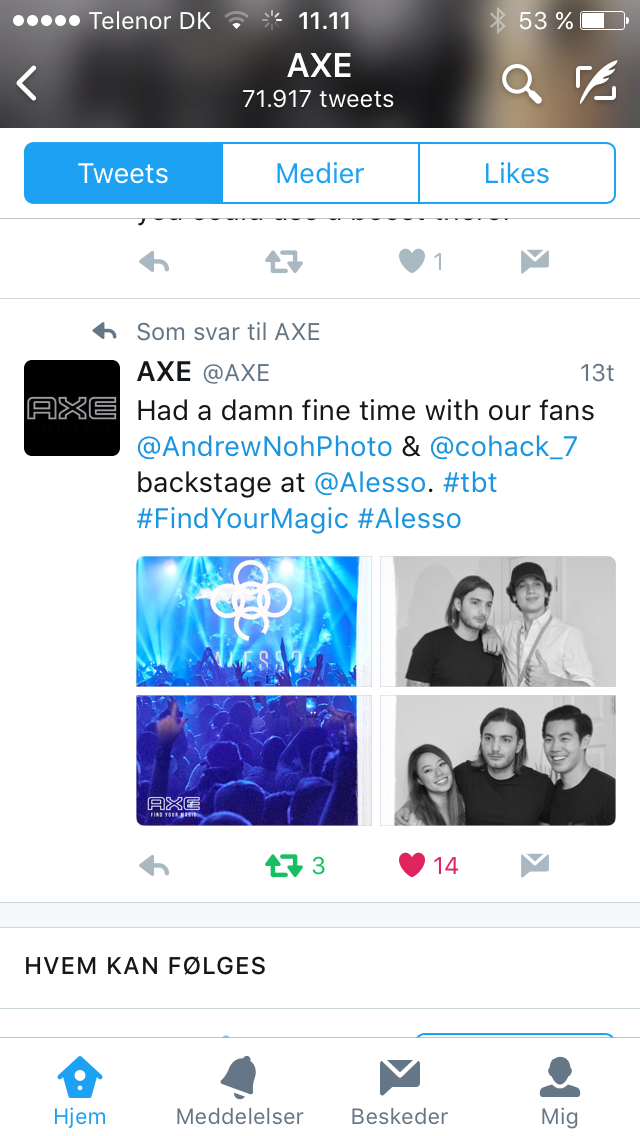 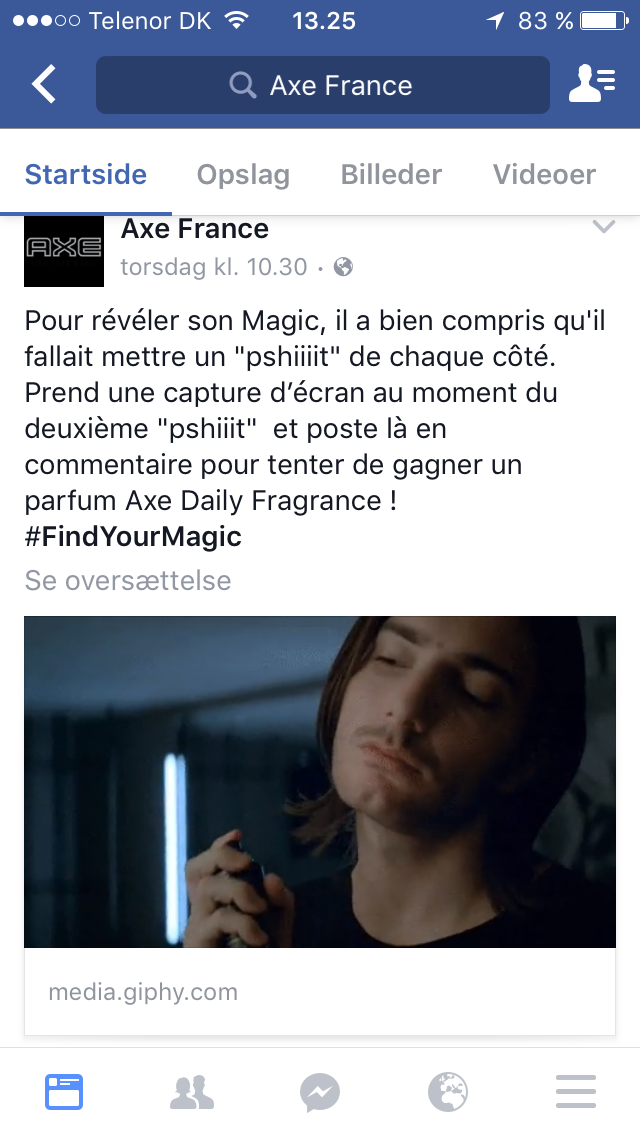 In 2016, AXE launched a new product range, which was going to redefine the brand and appeal to more mature audience. AXE Nordic wanted to increase awareness of the new product range with an authentic ambassador. STEPitUP found the perfect match in Swedish DJ-superstar Alesso, who had been topping the charts in 2015 with his debut album Forever.

The collaboration was launched February 2nd in Denmark, Sweden, Norway and Finland. The Swedish DJ-superstar is the face of new AXE product range in both a TVC, in stores and in the medias. The campaign was broadcasted in prime time across the Nordic countries, while AXE was be visible in all major super markets on POS. STEPitUP was furthermore responsible for bringing a team of journalist from the four Nordic countries to Los Angeles to follow Alesso on set and interview him for the launch of the campaign. The campaign went out with a bang at Summerburst in Stockholm, where AXE invited several lucky winners of their customer competition to join Alesso backstage and enjoy his highly anticipated headline-show on Swedish soil.