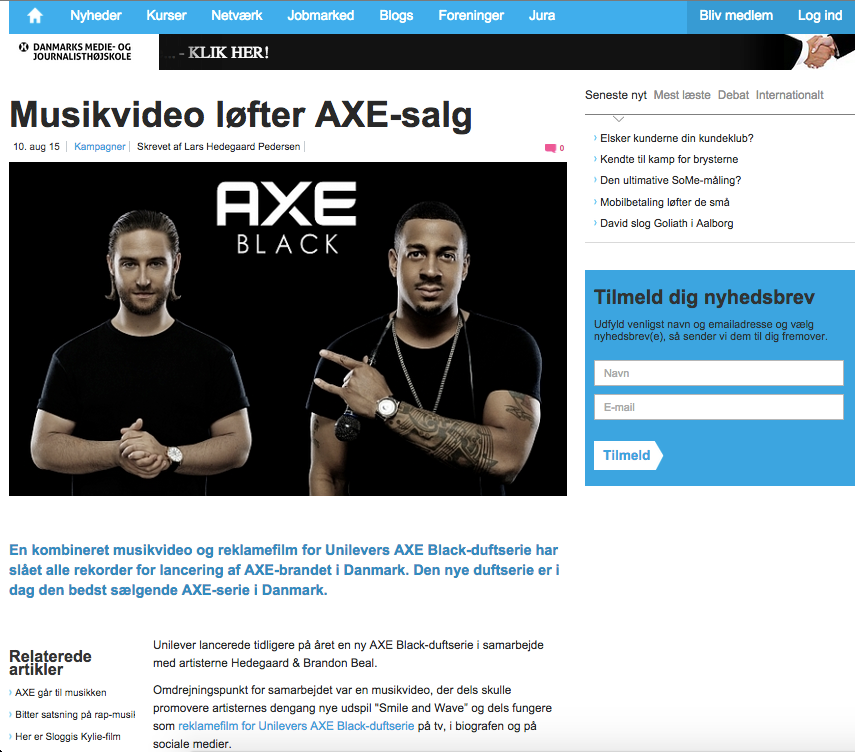 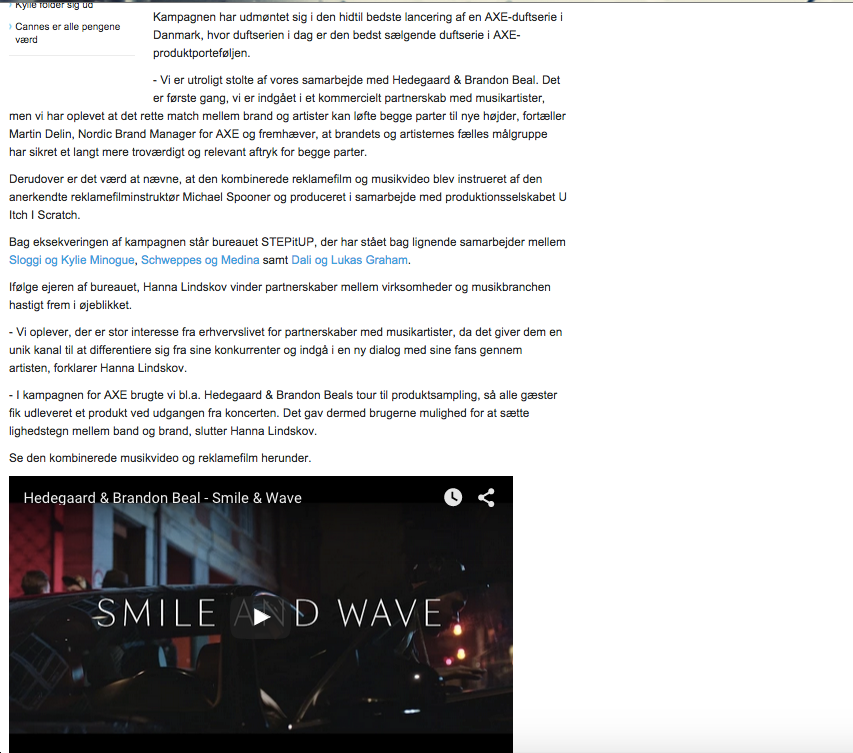 In the spring of 2015, the hit duo behind the two most streamed songs in Denmark in 2014 (Happy Home and Twerk It Like Miley) Hedegaard and Brandon Beal teamed up with Unilever-owned AXE to do a combined launch of the AXE Black-sense and the single “Smile and Wave”. The campaign was an immediate success as it broke all sales records ever made by AXE and at the same time was AXE’s longest running launch ever – mainly due to awareness in the medias. In 2014 only one media wrote about the AXE Peace launch, but in the spring of 2015 more than 40 medias had written about the launch of AXE Black with Hedegaard & Brandon Beal – including major news medias such as BT, TV2 News and MetroXpress.

Read about the effect in “Markedsføring”

Read about the product launch in BT