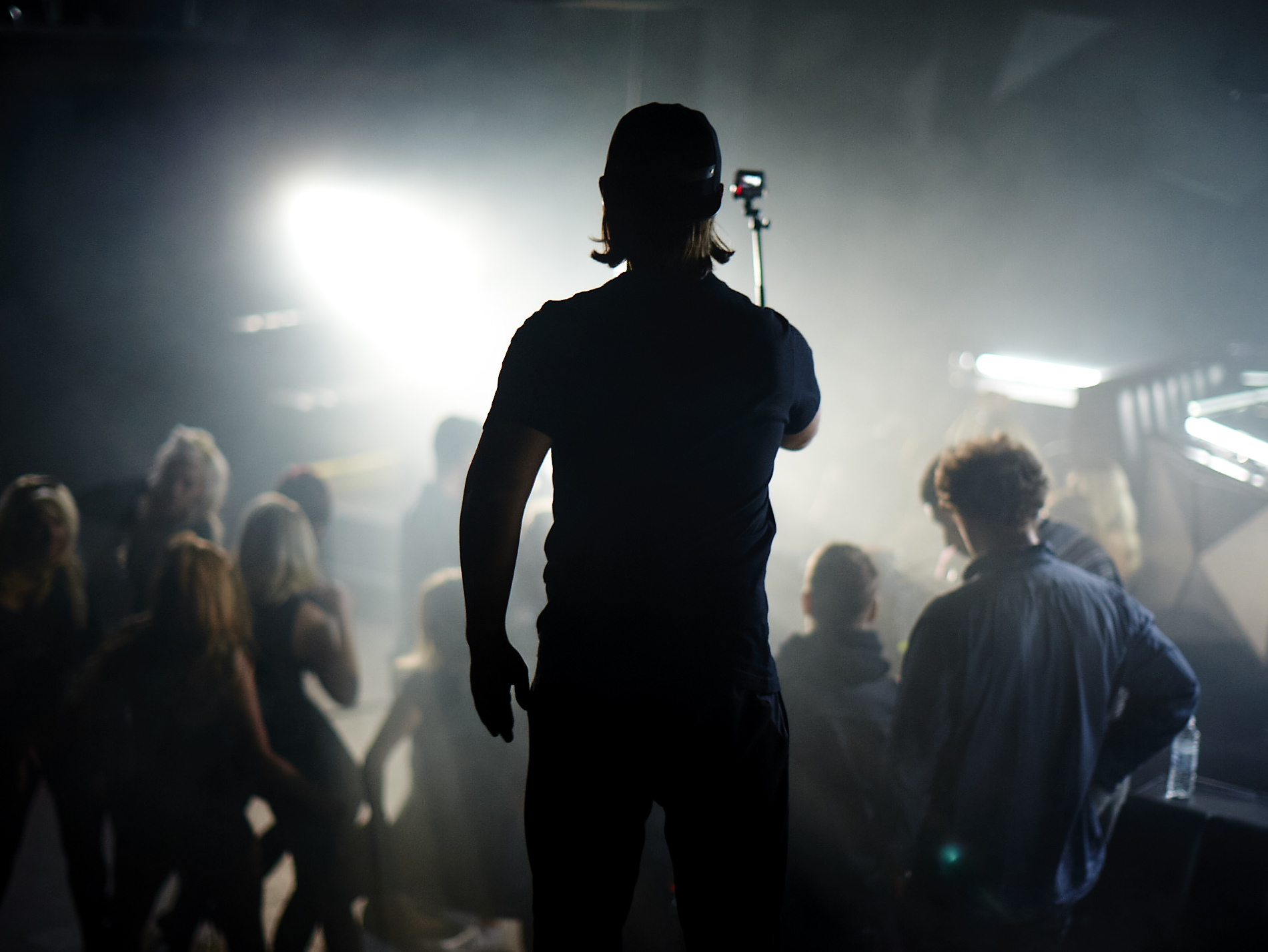 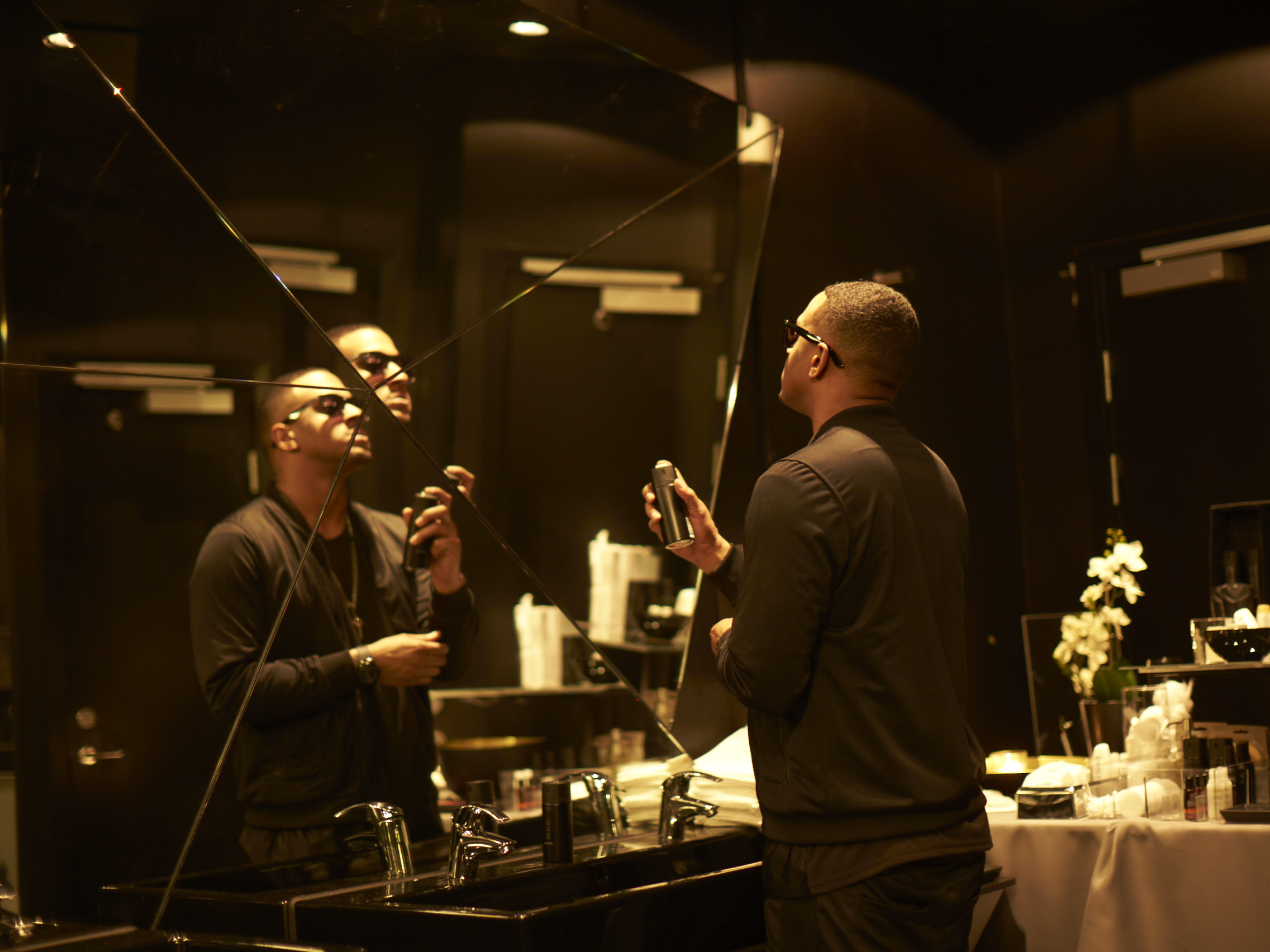 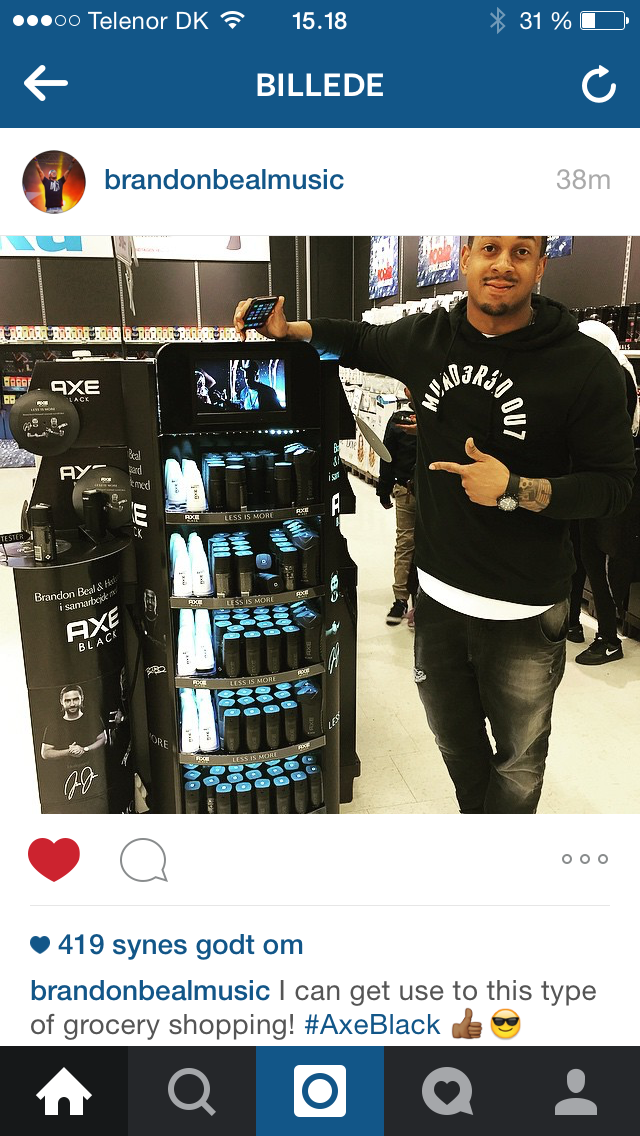 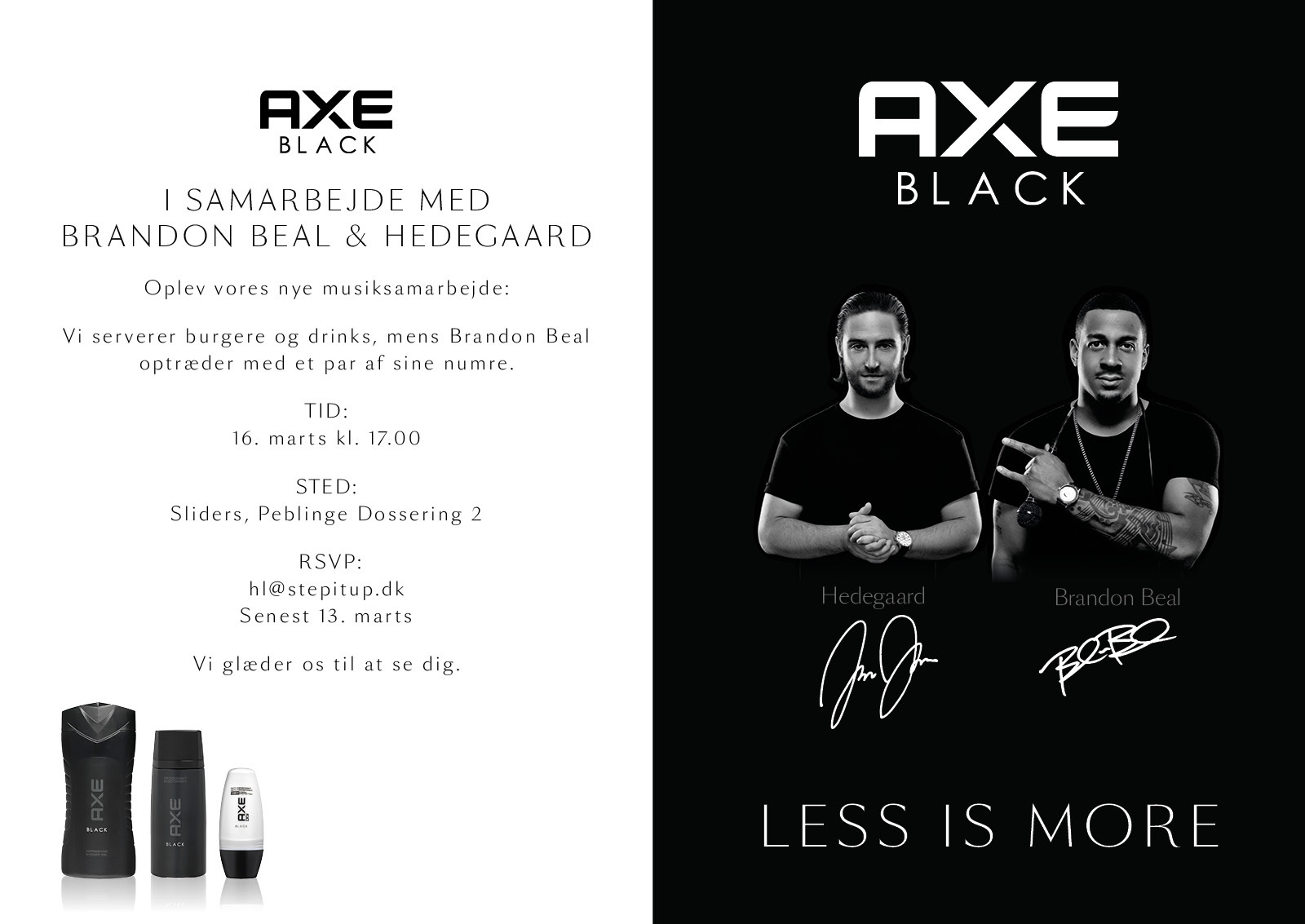 Unilever approached STEPitUP with the objective of re-positioning the well-known deodorant brand AXE in Denmark towards the younger male audience (18-25 y.). AXE wanted to connect with a more mature audience, give the product a more exclusive touch and stand out with engaging content. STEPitUP found the perfect match for AXE in the Danish producer Hedegaard and American-born singer Brandon Beal.

The output was the AXE Black campaign “Less is more”, executed 360° on ATL, BTL and social platforms. The campaign is build around the release of the single “Smile and Wave”, where Axe Black is in integrated in the storyline of the music video with its iconic “Axe Effect” in an enjoyable way. Twenty seconds of the music video was also used as the TVC for AXE Black.

The campaign is ongoing.

Claus Moelholm Hansen, Marketing Manager, Unilever
“STEPitUP has negotiated and delivered an extensive 360 degree package, integrating a range of elements and content including both product placement, TV, online, PR, social media, events, sampling and consumer competitions. STEPitUP has a very unique understanding of both the commercial and artistic world creating solutions for the benefit of both parties. I would at any time recommend STEPitUP to any brand considering music partnerships.”