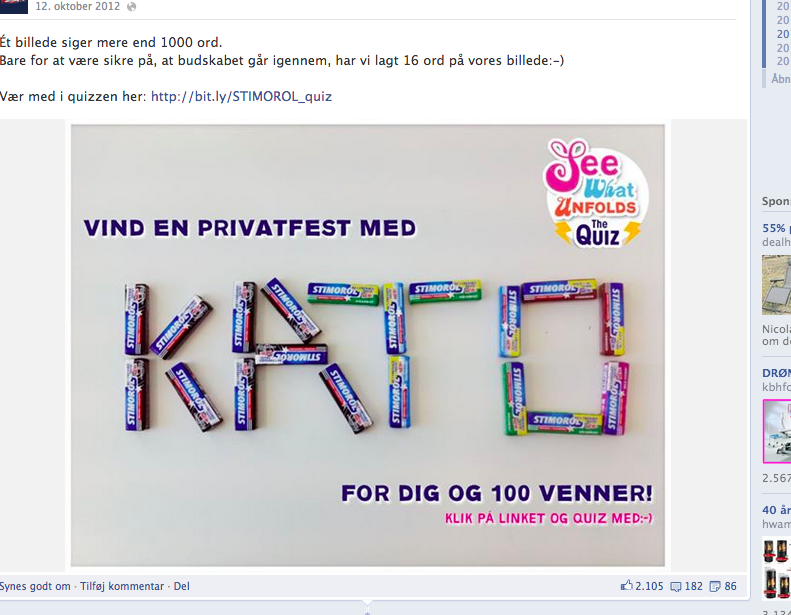 Back in 2012, Stimorol approached STEPitUP with the objective of strengthening the brands presence in retail and on social media through a strategic partnership with an artist. STEPitUP found the perfect match in Danish hit-producer KATO.

The output was the campaign “See What Unfolds”, which included trade activities, social media activation, online-, cinema-, and 5 second TV tag-on spot for the campaign. The campaign was released at the same time as KATO’s single- and music video release of “Alive”, which created much awareness around the competition. Because in the Facebook competition, KATO’s fans were invited to a private party with the artist – but only one lucky winner got the exclusive experience with 99 of his best friends. The party was held at Zenza, where KATO played all night in the heart of his hometown, Aarhus. The competition was unfolded online, in cinemas, on TV, and included both greetings from the artist and signed merchandise. KATO was furthermore the face of Stimorol on POS in retailers.

“For me as a manager, it is important that KATO has strong partners and that he, as an artist and producer always gets exposed with the right brands. So when STEPitUP contacted me about the Stimorol campaign, there was no doubt. STEPitUP was responsible for all coordinating all activities between KATO and Stimorol. We felt safe to know that STEPitUP ensured the highest PR value for KATO in all aspects!”