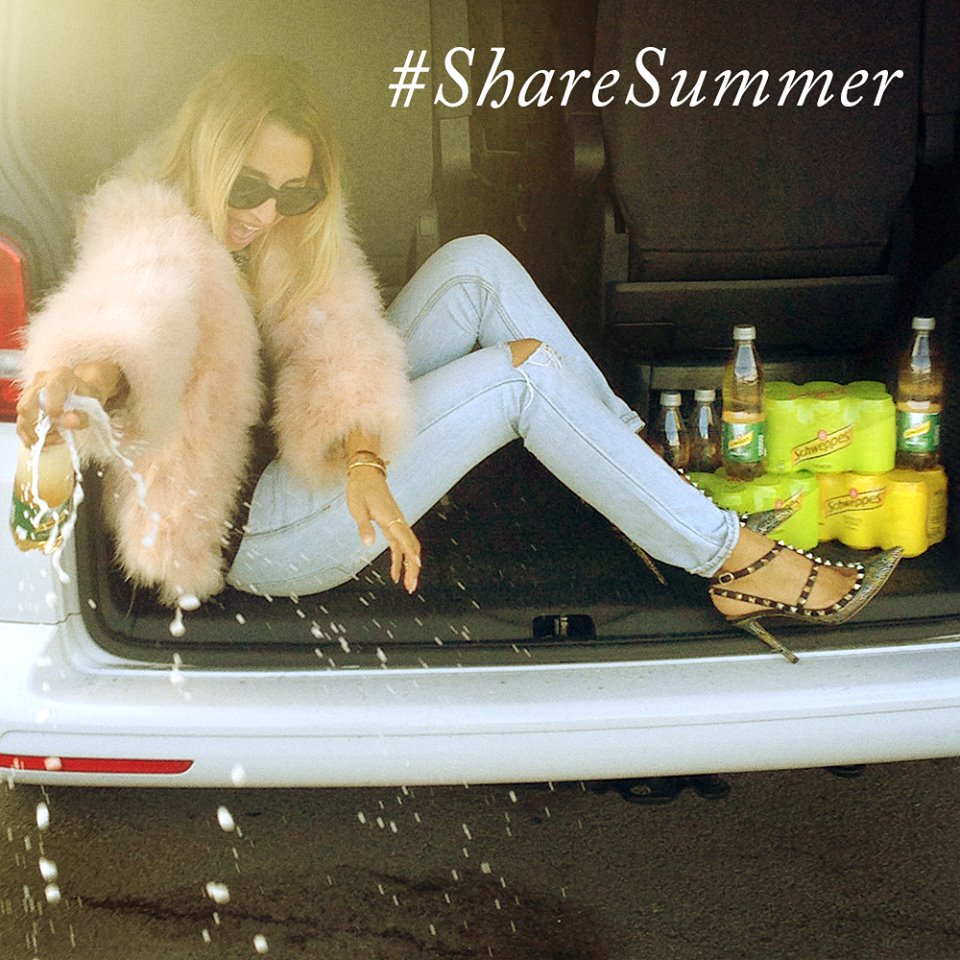 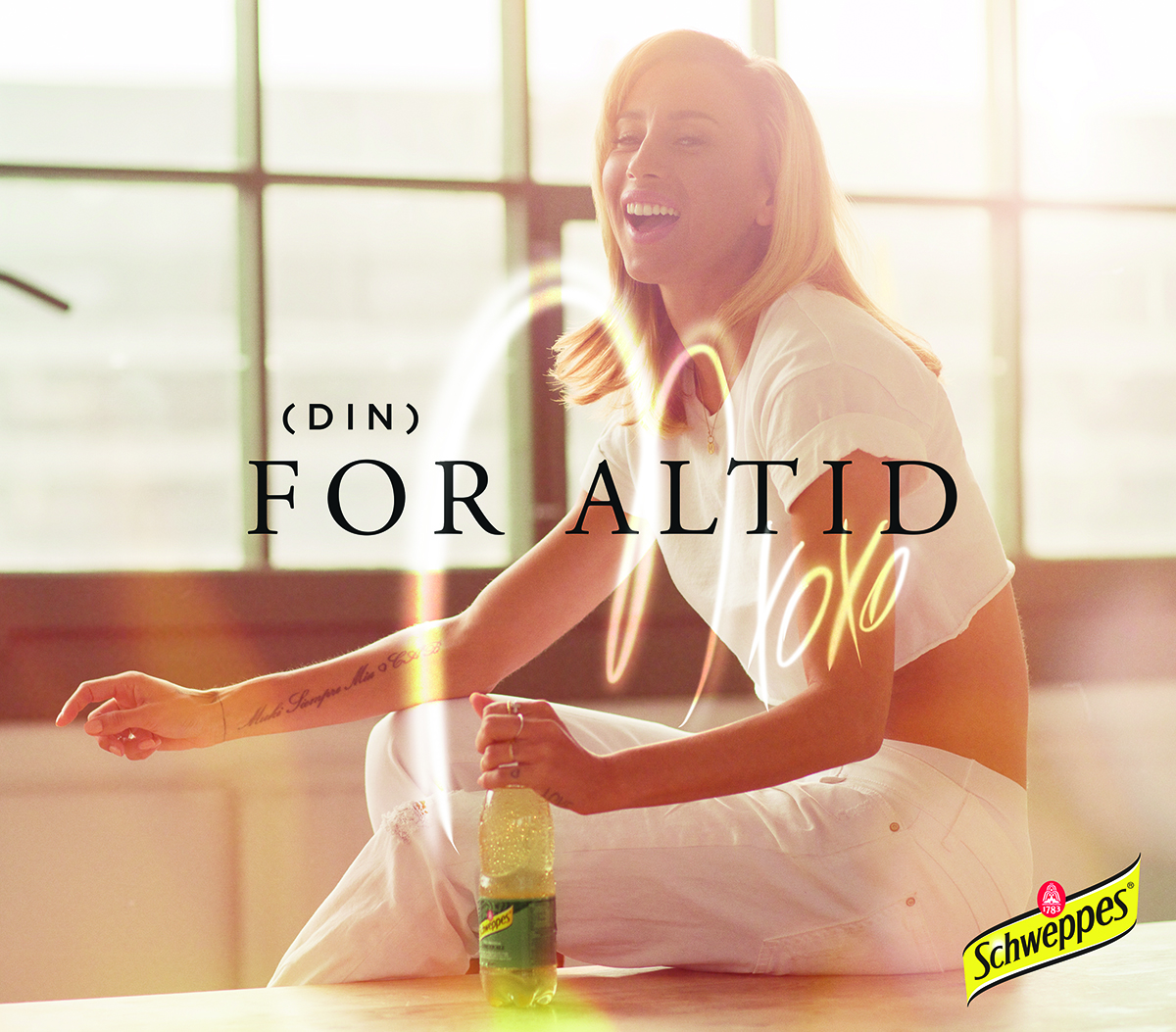 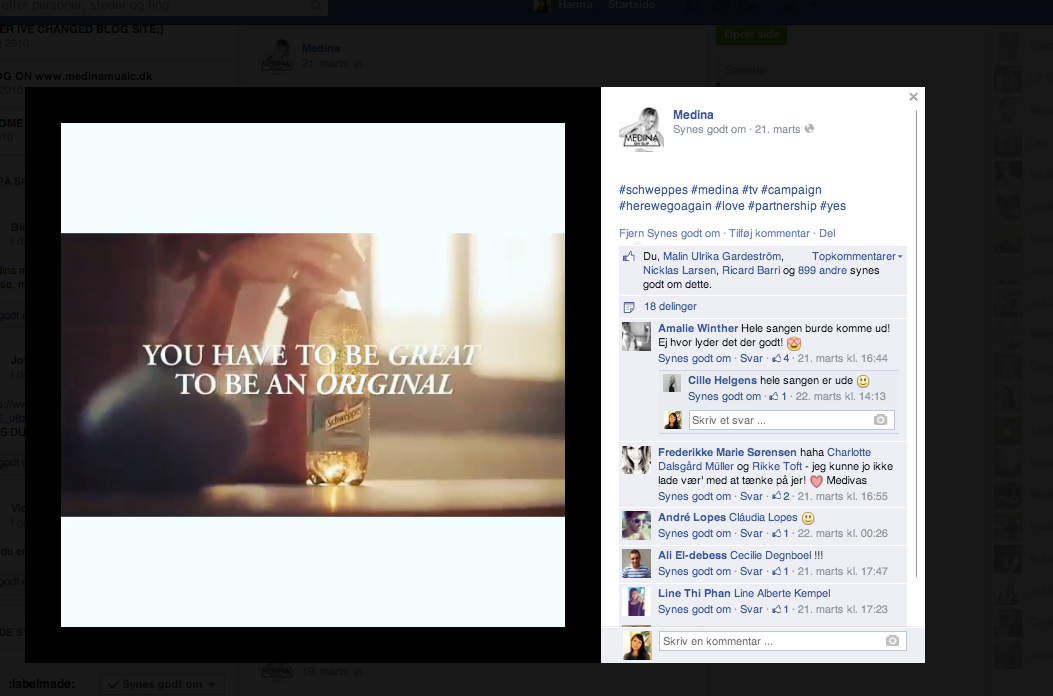 In 2010, Uma Thurman and Nicole Kidman was supposed to seduce consumers around the world in global TV commercials – but the results never showed in Denmark. Schweppes Denmark approached STEPitUP with the objective of making the brand cool among a broad female audience through engaging content, and at the same time increase sales in the saturated Danish market. STEPitUP found the perfect match for Schweppes in the Danish queen of pop, Medina.

The result was a three-year campaign that integrated Schweppes in the musical universe of Medina. The singer has been tearing up the Danish charts, and Schweppes followed her all the way. The co-branding campaign was build around mutual beneficial TV commercials, where Medina in 2014 presented her no. 1 single “Jalousi”, while drinking Schweppes. The campaign also focused on social media activation with Medina posting and tweeting to her 450.000 loyal fans on Facebook and 330.000 Instagram-followers. Schweppes used the unique content across their own social media platforms. Besides providing an undeniable boost in PR-value for Schweppes, the singer helped make many Schweppes events memorable – such as the yearly Drink Lab, Election Week on CBS and surprise acts in cinemas. The campaigns were also activated through outdoor advertising and prerools on some of Medinas singles.

– Brand awareness has grown by 7%

– Willingness to try the product has grown by 8%

– The case is used globally in Carlsberg’s marketing divisions as a successful example of how to use a local ambassador.

“The cooperation with Medina has turned by the end of 2012 in one of the most successful campaigns in Schweppes Denmark’s history, allowing the brand to overcome a very complicated market situation: leading to excellent results both in terms of market share but also in brand funnel, image and equity. STEPitUP had a key role in the full process, driving and coordinating all the negotiations with Medina’s management team and record label.”