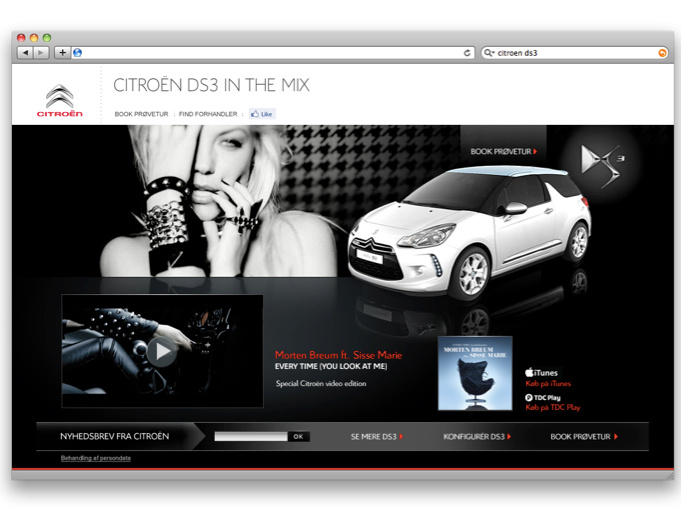 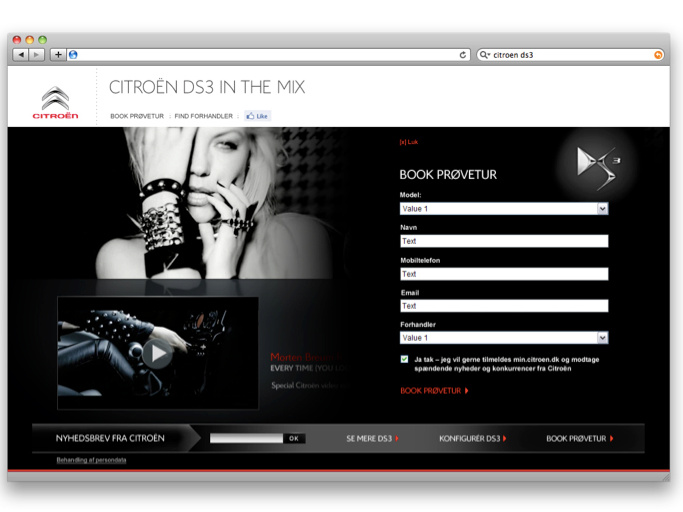 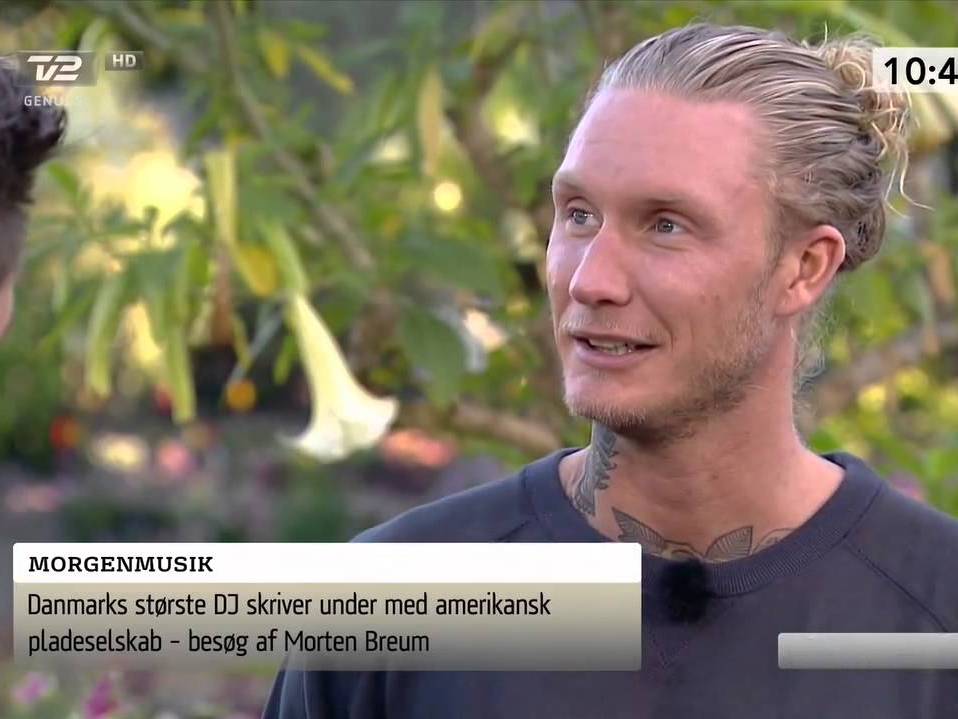 Citroën approached STEPitUP with the objective of positioning the newly launched Citroën DS3-car as cool towards a young audience. Citroën wanted to create awareness and coolness around the DS3 in a way that engaged the young audience. STEPitUP found the perfect match in Morten Breum and Sisse Marie.

The output was a campaign build around the music video “Every time”, which included product placement of the newly launched car DS3. The music video was revolutionary in the Danish music industry as it was the first time a production was fully sponsored by several big scale companies – Citroën, Libratone, Vero Moda, Bianco and Nano Mobile. The DS3-car was center in the music video, targeting the youth with Morten Breum, the countries most popular DJ, alongside the popsinger Sisse Marie as the ambassadors of the brand. The endorsement enabled a larger music video budget, than usually available to the artists – and furthermore a higher level of exposure through the companies’ marketing channels, including their website, POS and social media. Morten Breum gave Citroën the edge they needed to attract new customers, while it also was the foundation for an online campaign platform. Images from the music video were used as PR and POS at the car dealers of Citroën, while the potential customers could freely download the single, if they signed up for the Citroën newsletter. Morten Breum and Sisse Marie did also perform at a sales kickoff event.

During the first 24 hours after the release of “Every time”, the music video with product placement of Citroën became the 8th most viewed music video on YouTube globally – and a month later it had been viewed more than 730.000 times. Today the view count has passed 3.200.000 views. On the day of its release, the single also went #1 on iTunes. The grand exposure of the artists and the car extended itself through the interest shown by the Danish media. Morten Breum and Sisse Marie was interviewed by the most influential Danish news and music networks, such as Boogie TV and Go’ Morgen Danmark, about the collaboration. The interviews created a buzz around the newly launched car, which saw the investment in the campaign exceed by the value of PR gained. Citroën obtained a new attractive marketing platform and a grand exposure with high commercial value of their brand and product.

“I worked with STEPitUP in relation to my video “Every time”. First of all, the video would never have been a reality, if it wasn’t for STEPitUP, which resulted in making Denmark’s first fully sponsored music video. The video went as the 8th most watched on YouTube worldwide within the first 24 hours after release. Something that I’m still really proud of. This video is a product of how well these things can work together under the right conditions. In short, working with STEPitUP brings opportunities to the table that most artists probably can’t generate themselves. Big up!”