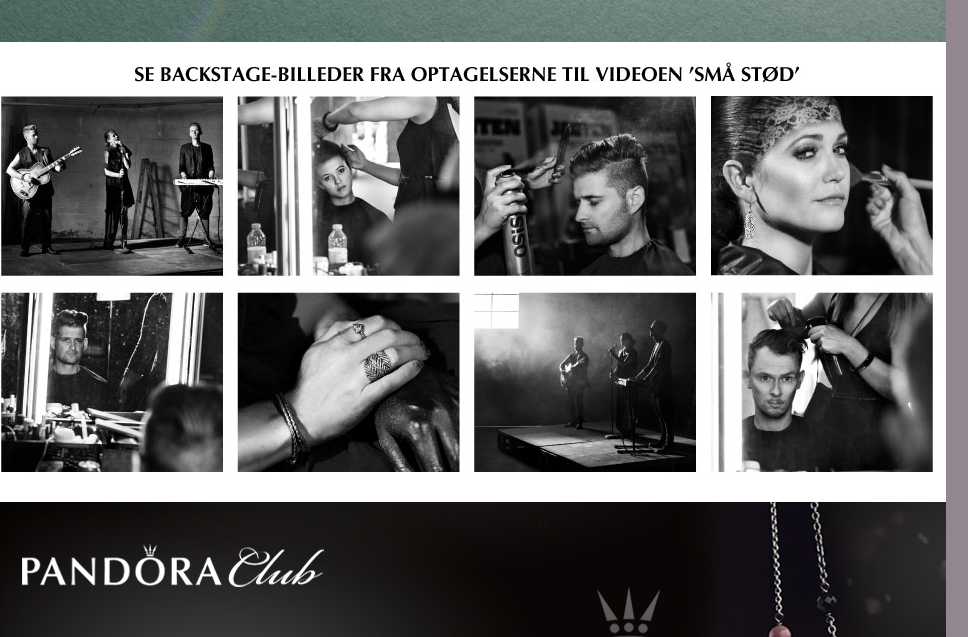 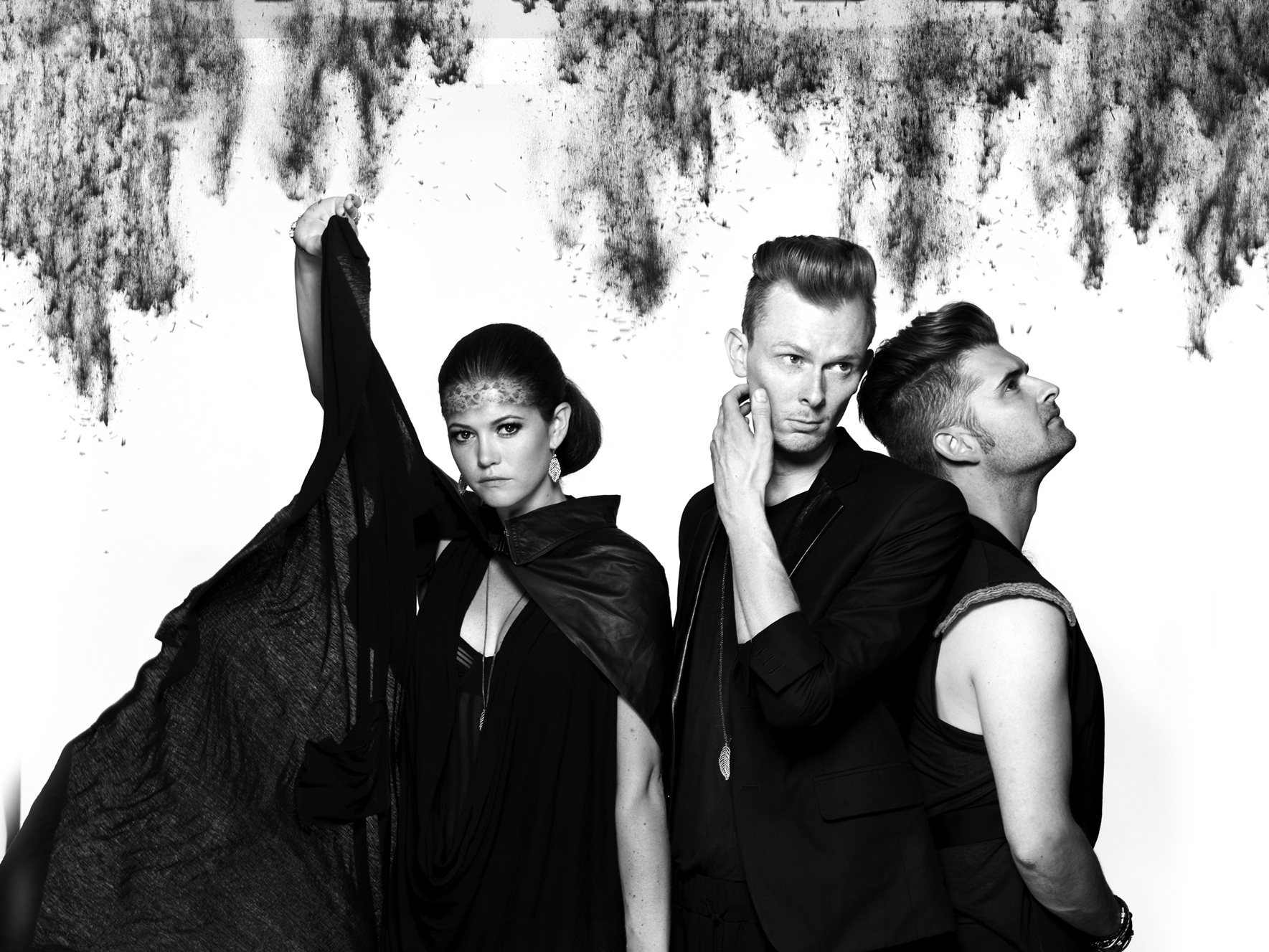 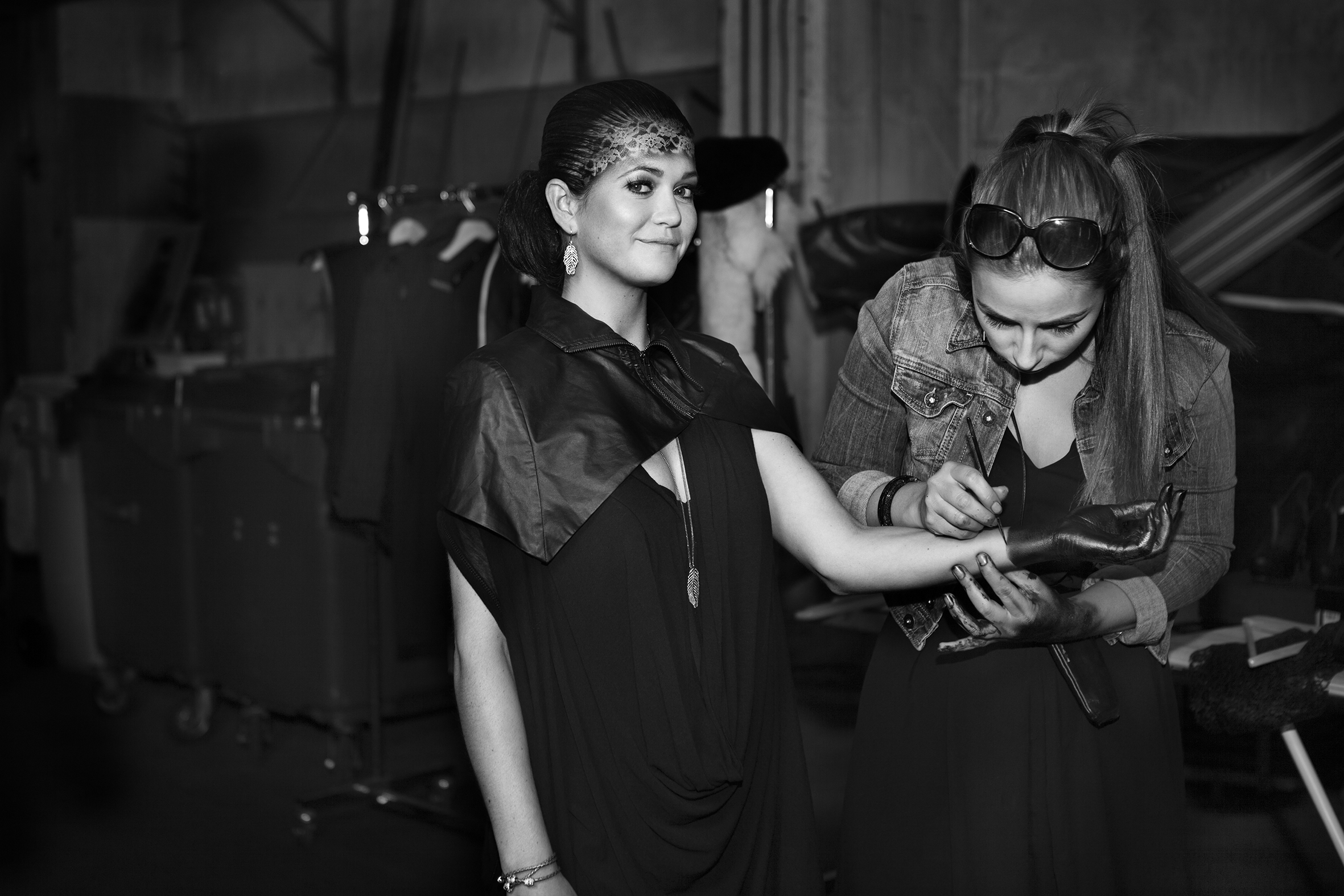 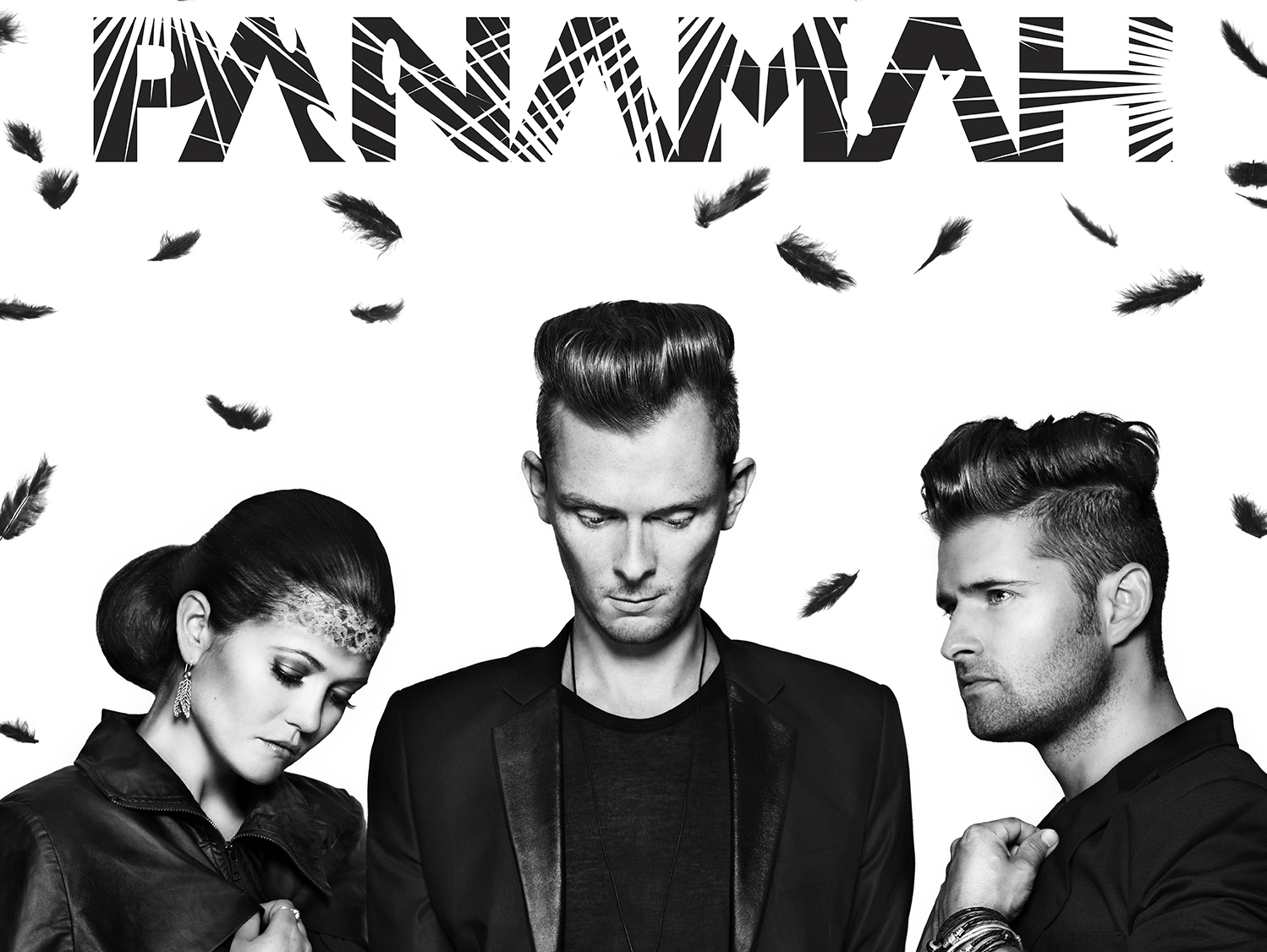 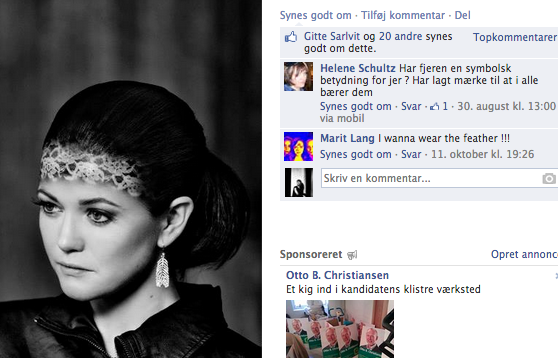 In 2013, the Danish jewelry company Pandora approached STEPitUP with the objective of creating awareness of Pandora’s newly launched jewelry collection “The Feather Story” and creating content for their customer club. STEPitUP found the perfect match in the Danish band Panamah.

The output was an extensive campaign with a unique combination of PR, product placement, behind the scenes content, single covers featuring “The Feather Story” and customer competitions in fashion magazines with the possibility of winning signed records, concert tickets and jewelry.Pandora used exclusively behind the scenes materiale of the artists using Pandora jewelry and interviewed the band about their upcoming album release. All activities were based on the release of Panamah’s new single “Små Stød”. Panamah was not only wearing “The Feather Story”-collection in the music video, on single cover and campaign pictures – but was wearing the jewelry in all TV interviews and performances for six months. The collaboration ended with a Panamah concert in VEGA with Pandora & friends participating.

The campaign was a success, as it created the needed awareness for “The Feather Story”-collection. Panamah was seen wearing feathers everywhere for six months, which for example included interviews in Go’ Morgen Danmark and performances at anticipated Christmas Show on DR.