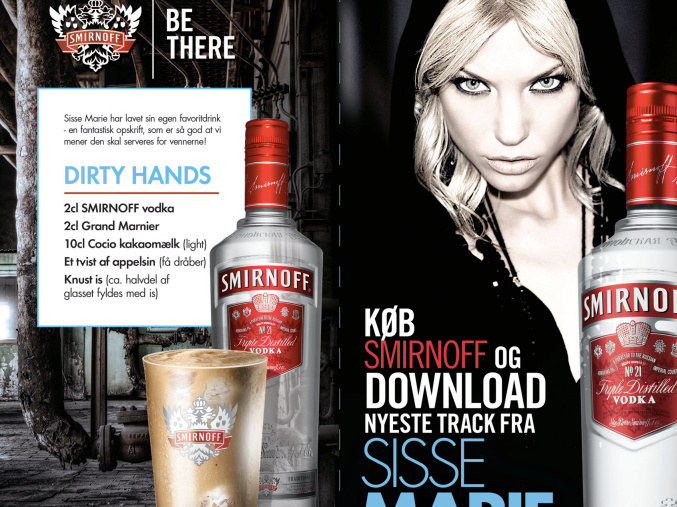 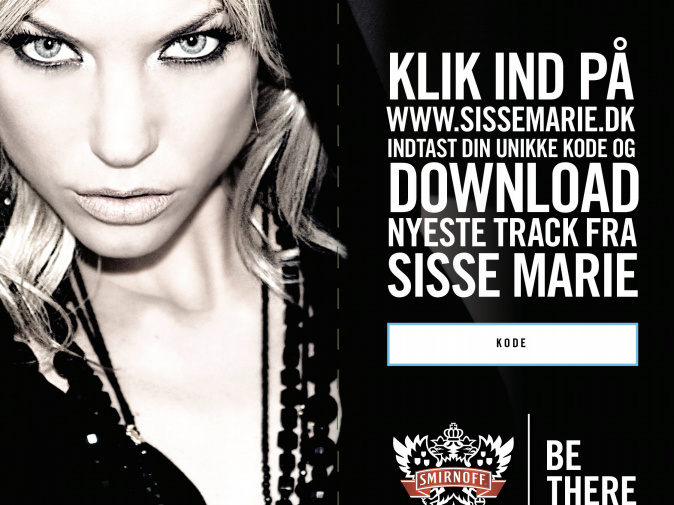 In the spring of 2011, Smirnoff approached STEPitUP with the objective of finding an artist, who could boost their on-trade activities in Denmark. STEPitUP found the perfect match in Danish singer Sisse Marie.

The output was a Sisse Marie & Smirnoff club tour in the fall of 2011 in relation to the release of Sisse Marie’s new single “Dirty Hands”. Dirty Hands also became the name of a unique drink created by Sisse Marie and made with Smirnoff, which was served at all clubs included in the tour. Every club on the tour was for a night turned into a Smirnoff club with Sisse Marie & Smirnoff POS material, Dirty Hands-drinks and meet n’ greet with the singer, which completed the experience. Sisse Marie was finally the face of Smirnoff in retail, where special “necklaces” on the bottles made it possible for fans to download her “Dirty Hands”-single for free, while buying a great bottle of vodka.

Both Smirnoff and the club owners were satisfied with the strategic partnership, which boosted sales of Smirnoff vodka and lead many people to the clubs to see Sisse Marie perform.

“In our cooperation with STEPitUP, we found a perfect match between our brand Smirnoff and the artist Sisse Marie. We had not previously taken advantage of such an endorsement, but it is definitely not the last time that we will do it. It is about finding the balance that gives a great exposure for the brand, which doesn’t affect artist’s image too much. The artist must have emotions involved, so that it seems credible to the consumers. It was exactly what we got with Sisse Marie.”