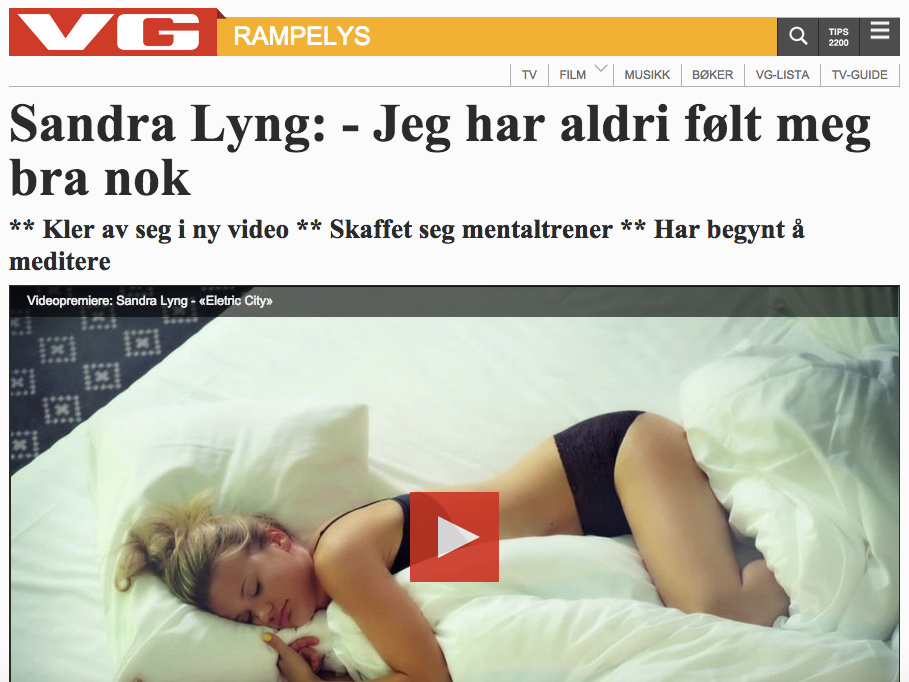 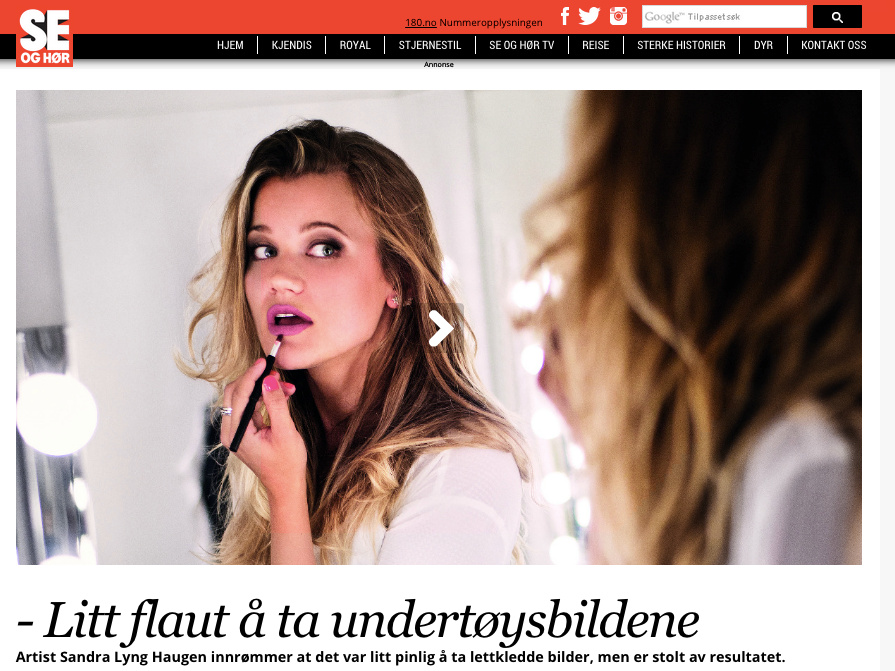 Sloggi approached STEPitUP with the objective of finding a popular artists for their campaign ”Its probably Sloggi”, who would be able to work as a model. STEPitUP found the perfect match in Norwegian pop-sensation Sandra Lyng.

The campaign ran in seven countries in Benelux and Scandinavia under the tagline “It’s probably Sloggi”. In the summer of 2014, Sandra Lyng was releasing a new single, while preparing for her upcoming part as judge in Voice Junior Norway. She joined forces with Sloggi to become the face of the new collection “Light Laces”. The collaboration included a full sponsorship of the music video of “Electric City” with product placement of new underwear collection, and exclusive content for the use on Sloggi’s online platforms. As part of the deal, TV2 Norway showed the 15 minutes from the video-shoot in prime time as a part of a Sandra Lyng documentary. The campaign was announced on a press event in Oslo, where selected Norwegian fashion medias were offered an exclusive premiere of the video, a live performance and interview with Sandra Lyng.

The PR and awareness of the collaboration between Sloggi and Sandra Lyng was far beyond expected. The PR value exceeded six million kroner from mentions in VG, TV2 Norway, MSN Norway, Se&Her, Nettavisen and more. In this case, the PR value exceeded the investment Sloggi made in the artist multiple times.

“In 2014, we contacted STEPitUP to discuss a possible corporation with a local testimonial for sloggi in Norway. Within the tight time schedule of three months, we went live with a campaign with the singer Sandra Lyng. Although the time schedule was very tightened, STEPitUP found the right artist and match with our brand. The process, from idea to realization, as well as the setup of the final concept, we experienced STEPitUP as very professional, qualified, dedicated and solution orientated. The campaign became a great success in Norway. STEPitUP has shown a big engagement in our business case and fulfilled their task with passion and professionalism. I would at any time recommend the company STEPitUP to solve your similar needs.”