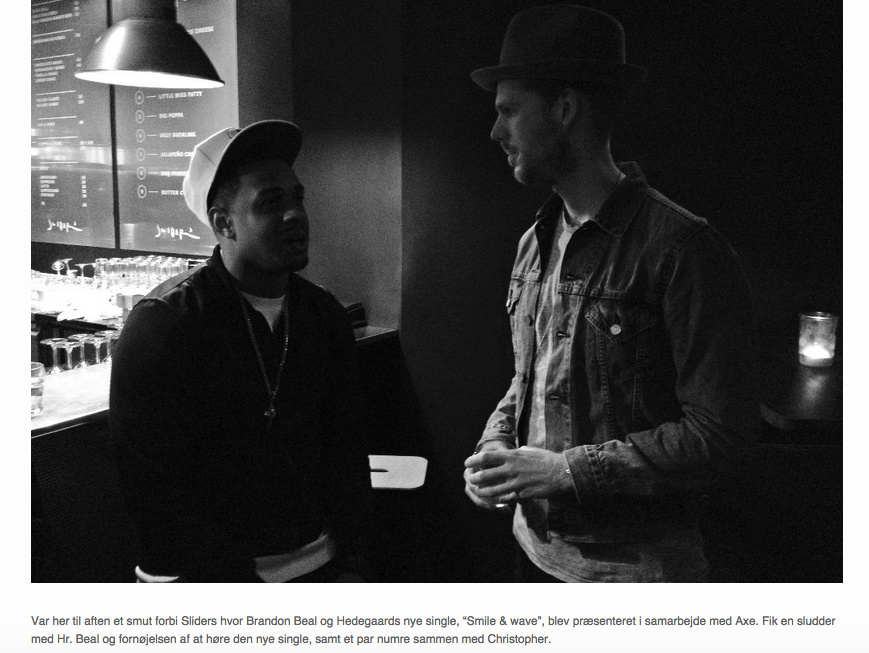 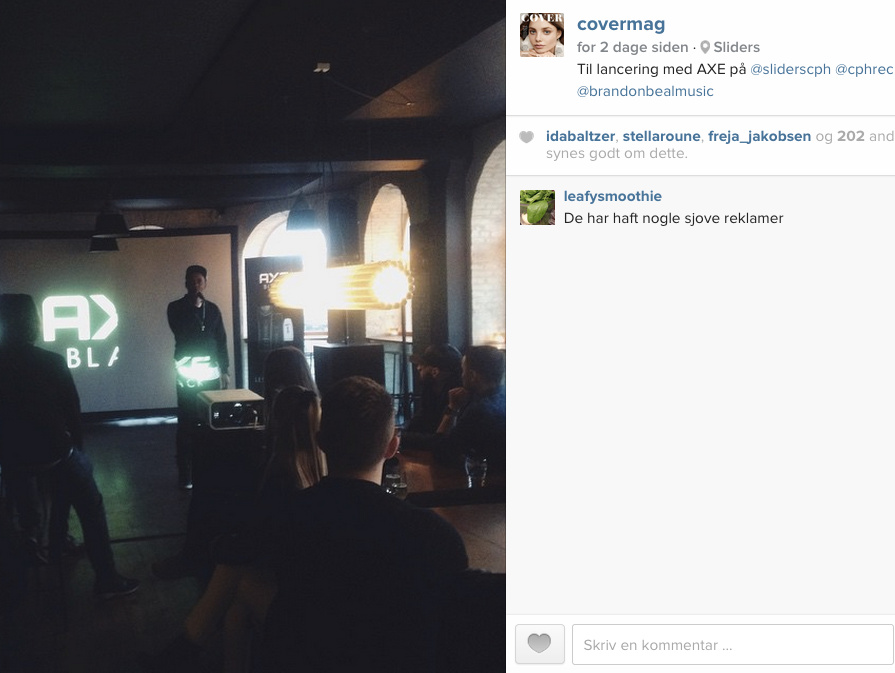 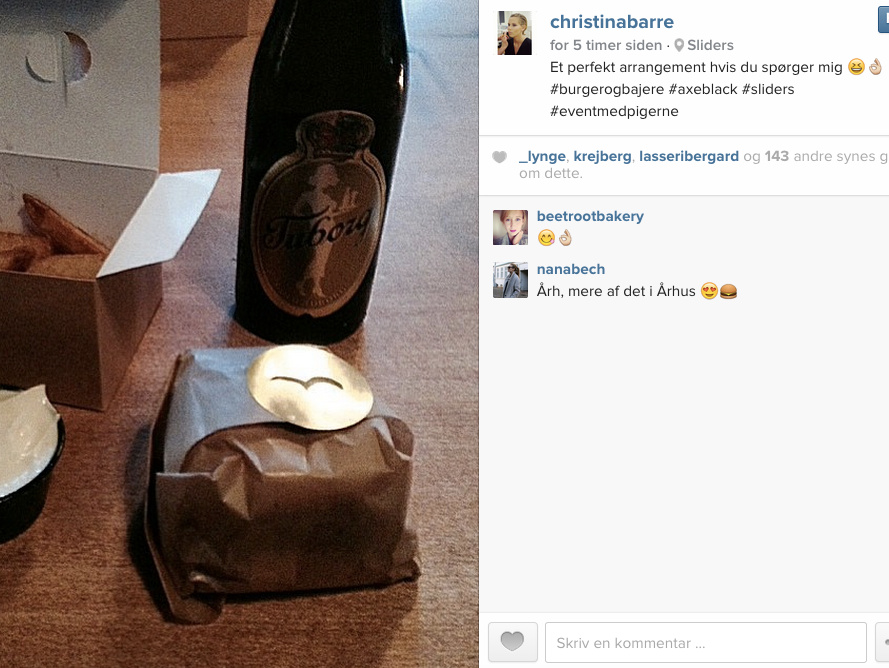 The night we launched the new AXE Black-campaign

It’s a chilly Monday night in Copenhagen. Stylish pictures of Hedegaard & Brandon Beal alongside Axe Black adorn the walls of the newly opened restaurant Sliders, while the single “Smile and Wave” are playing from the speakers. The idea of the press events was to both launch the new AXE Black-series, while simultaneously releasing the new single. Invited were more than 60 guests, including the most influential bloggers and journalists from fashion-, male- and news medias. It was a night were business and music connected perfectly, as the many artists such as Brandon Beal, Christopher, Kesi, Suspekt, Scarlett Pleasure and Patrick Dorgan enjoyed the small burgers and the delicious G&T’s with the press. Through three hours, Axe presented their new sense, while Brandon Beal presented the collaboration and showed the new music video with a few words from the director, Mike Spooner. The night ended with an exclusive live performance of Brandon Beal and Christopher – playing “Smile and Wave”, “Twerk It Like Miley” and “CPH Girls”.